Restrictions on having corporate directors 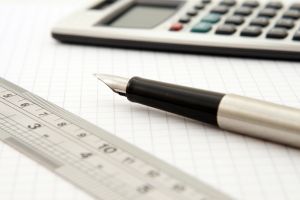 There have been a number of changes to company law are made in the Small Business, Enterprise and Employment Act 2015. These changes are intended to increase transparency and trust in the UK business environment as part of the global agenda to tackle issues such as money laundering, tax avoidance and terrorist financing as well as to simplify company filing requirements in response to the Government’s Red Tape Challenge.

To allow organisations time to prepare, there is a staged timetable for implementation. The new rules that are likely to cause the most upheaval for companies, including the new requirement to keep a register of “people with significant control”, will not come into force until 2016.

Companies are currently permitted to appoint another company to be a director, provided that they have at least one director who is an individual.

The exception restrictions on having corporate directors:

The PSCs – Register of people with significant control

The most controversial change to UK company law is to require individuals that have “significant control” (PSCs) over an unquoted UK company to be named on a public register.

The company will have a responsibility to identify and keep up-to-date a register of PSCs, and PSCs will have corresponding duties to disclose their identities to the company vice versa. The PSC register will have to include details of directors and the nature of a PSC’s control over the company.

The provision also requires the company to provide the information on its PSC register to Companies House, where it will be subject to public disclosure.

The 2015 Act provides a basic test to identify the people with significant influence or control. The basic test include the person who is holding or controlling more than 25% of the company’s shares or voting rights or having the power to appoint or remove a majority of the board (direct or indirect control, via a majority stake in a connected company). It appears that the provision is intended to cover not only the “de-facto director” but it is also extended to include the shadow director who is not officially appointed to the board but who has significant influence or control of the business.